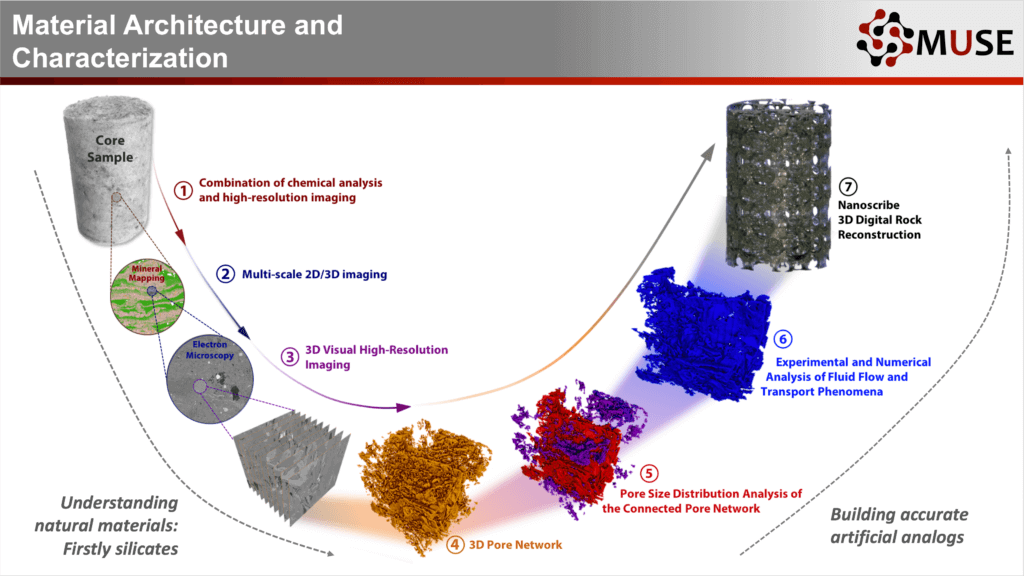 The MUSE Energy Frontier Research Center (EFRC) spans topics important to both Idaho and Wyoming regarding energy exploration and utilization, and the energy-water nexus, which is one of the seven CAES focus areas. The project, which received a four-year $10.75 million grant from the Department of Energy to create an EFRC, calls for studying how fluids interact with porous solids such as shale and basalt – research that could improve the production of oil, gas, and other energy resources while minimizing its environmental impact. It’s a regional collaborative effort, involving researchers, students, and faculty from University of Wyoming, INL, University of Utah, Penn State University, University of California-Davis, and University of Wisconsin-Madison. Co-Principal Investigator Kaszuba credits CAES with enabling him to build and develop the collaboration with his counterparts at INL that were instrumental in this project becoming a reality.